Very nice September day of fishing under cloudy skies, we were able to get to the area that has been producing some of the best fish of the year. The fishing was very good, though we swung hard on the anchor and the moon tide continued to move us around increasing the number of tangles. We caught the usual variety of fish, cod, haddock, cusk, and Pollock. Dog fish had their moments, but not too bad. 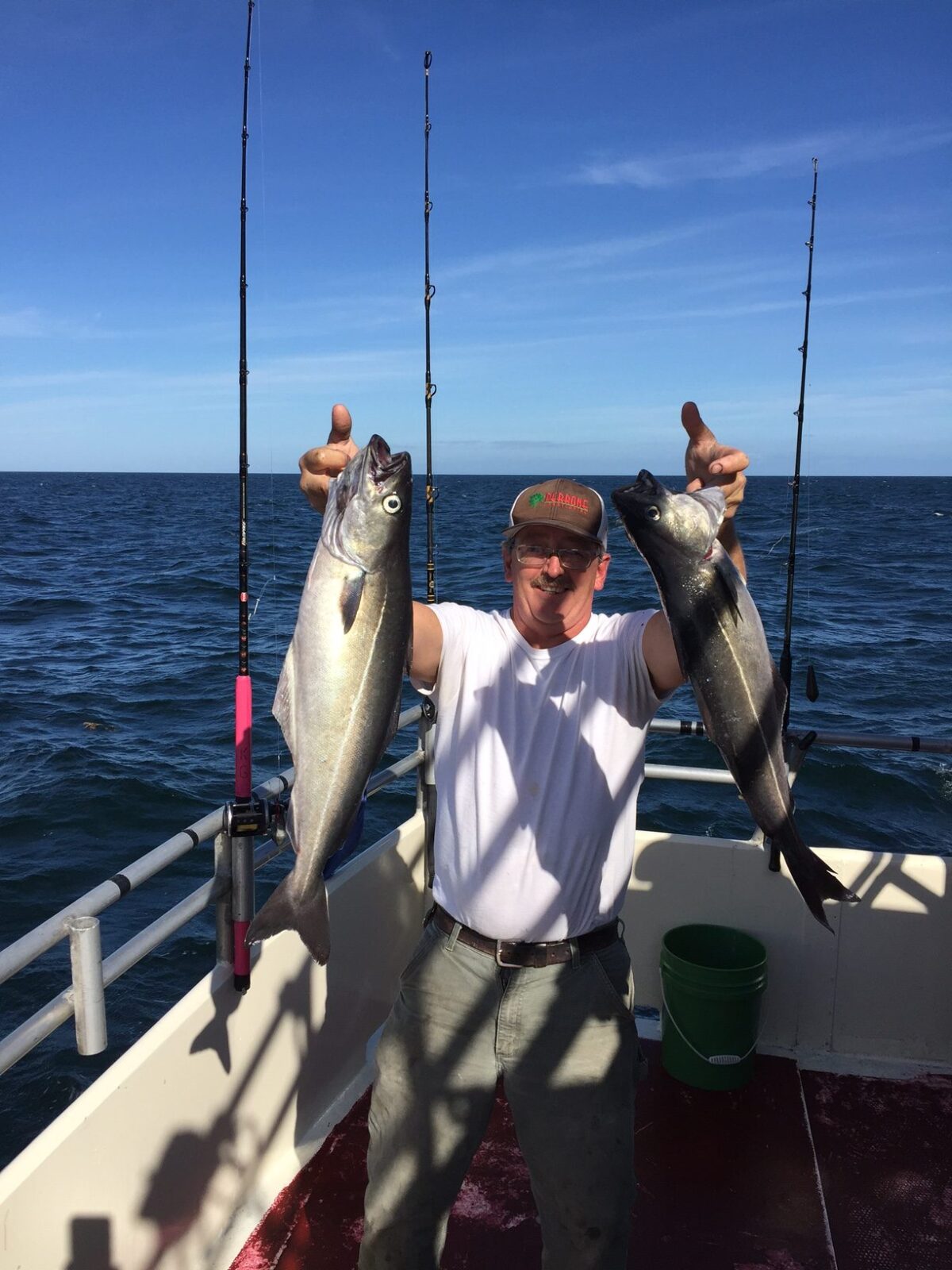 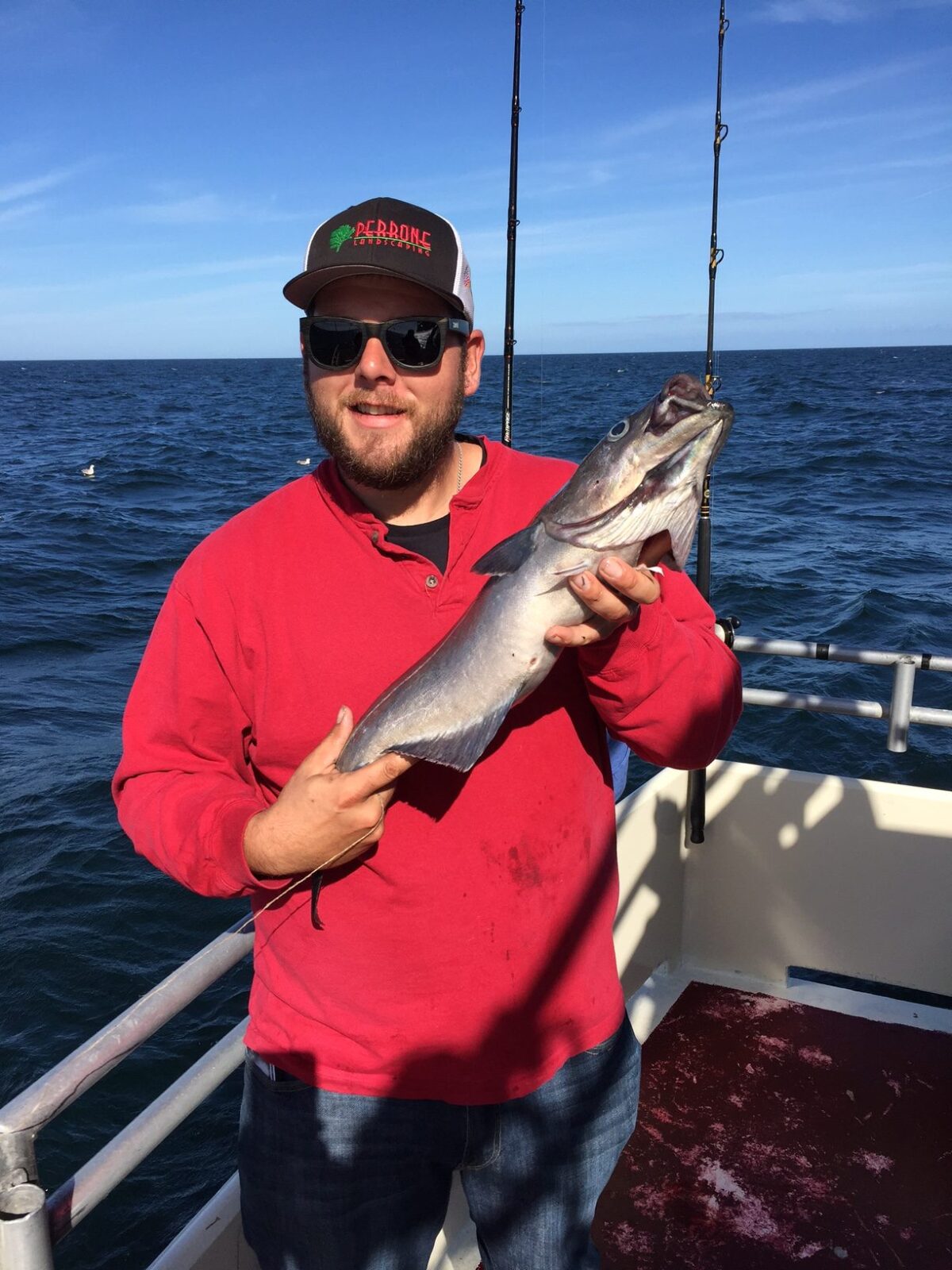 The tale of two trips. The morning trip was an open boat 1/2 day trip. We went to the south where we usually find some very nice cod fish this time of year. It was pretty much a bust. The fish were on the screen, but the moon tide and southerly breeze swung us on anchor, and the fish just were not interested. We caught a few keeper haddock, some mud hake, and a bunch of small haddock.

The afternoon trip was a 1/2 day charter and polar opposite of the morning. We headed in the same general direction, just a mile or so away from where we fished the morning, partly because we saw all those fish and because it with the breeze picking up, it would be more comfortable. We caught a bunch of Pollock in the 3-6 lb class, some nice cod, a monster red fish, a few mud hake, and only a couple dog fish. The bite was significantly better than the morning trip.

Don’t forget, September 30th, is the last day we can retain cod, but haddock and Pollock remain open into October. Plenty of great fishing yet to do, we have many dates available for charters, and upcoming full day trips and a marathon in October.

FROM THE DECK OF THE LADY SEA
CAPTAIN MIKE & CREW